This rally's not dead yet, is it?

Stocks eased off this week. On Tuesday, it was more like a tumble than an easing but when the week was over major averages had given up roughly half a percent. After two weeks of strong gains, this was a bit of a disappointment but then it's not unexpected to see rallies pause now and then.

The question now is whether the rally can get back on track. We'll try to look for the most likely outcome in the following charts. They're derived from data collected during our Alert HQ process and they provide a high-level look at a number of the indicators we track across the whole market. 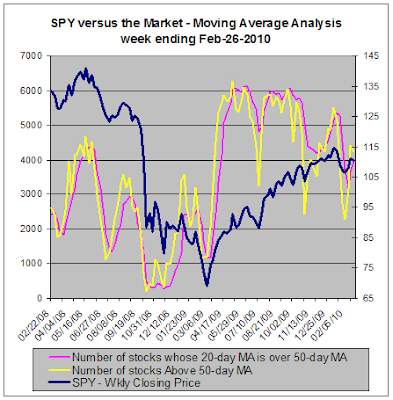 The chart above shows that the number of stocks above their 50-day moving average has decreased only slightly. The number of crossovers actually increased this week. So this doesn't seem like a picture of a market rolling over. 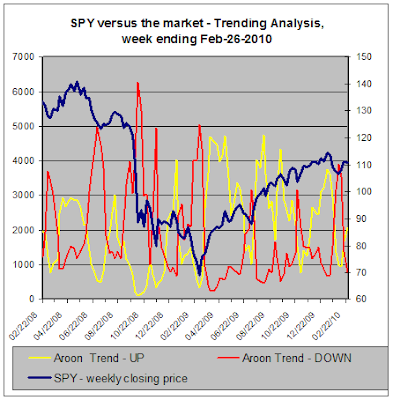 As we review the charts above, it sure looks like this week's setback was minor.

In the physical sciences, they say that a body at rest tends to stay at rest and a body in motion tends to stay in motion unless acted upon by an outside force. This market is still in motion and the direction is still up. Barring any unforeseen shocks to the system from Greece, China or Washington, it still looks like this rally has some life left in it yet.