February 25, 2010
There was plenty of grumbling about the Advance Report on Durable Goods for January 2010 that was released today. The headline number showed new orders up 3% but ex-transportation, new orders were actually down 0.6%.

If you're overweight tech, like I am, though, you would be smiling happily.

I'll run through a few charts and you'll see why. Let's start by looking at shipments for the tech sector as a whole and than for the sub-sectors of computers, semiconductors and communications equipment. 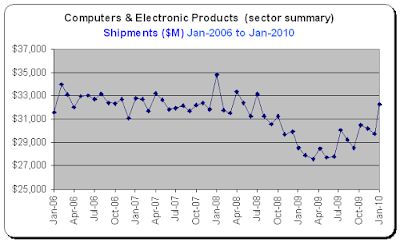 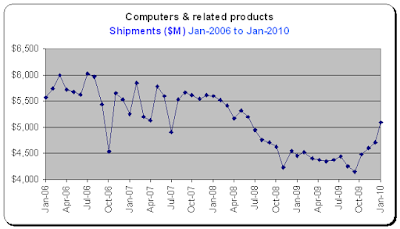 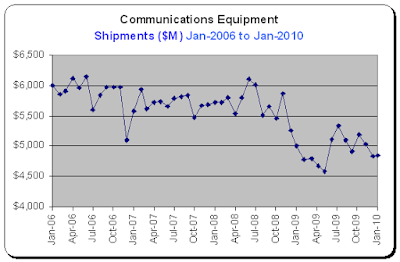 You can see that shipments have surged over the last two months and, except for communications equipment, are reaching levels last seen in 2008 just before the worst of the Great Recession took its toll on the global economy. The tech sector as whole showed shipments up 8.5% and semiconductor shipments up over 32%

With the great improvement in shipments, it's disappointing to see Tech lagging other sectors like Materials and Consumer Discretionary. Some would argue, however, that shipments are in the past, and stocks move based on future performance.

If that's truly the case, Tech might still be the place to be. Take a look at these charts showing new orders. 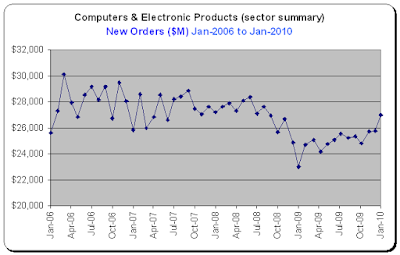 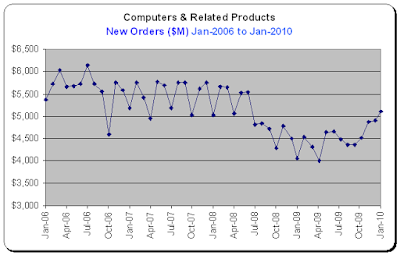 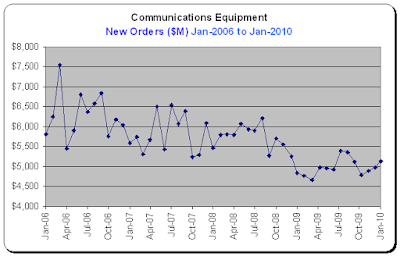 You can see that new orders are quite strong, again reaching levels last seen in 2008. Though communication equipment is lagging the other sub-sectors, it too shows increasing orders.

I have written several posts (here, here and here) on how the tech earnings scorecard this earnings season has been pretty darn strong. I have contended that tech stocks should be getting more investor interest. Today's Durable Goods report may, I think, begin to convert the unbelievers. I noticed that the NASAQ finished Thursday in better shape than the S&P 500 and the Dow. Are we seeing the beginning of an upsurge in tech?