Nonfarm Payrolls Report surprisingly bad - or was it? 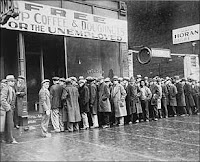 Let's start with the bad news:
But not everything was awful. There was some good news buried in there as well:
Today report confirms that it will be a tough slog before the job market fully returns to health.