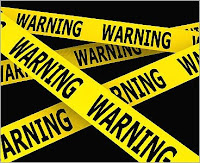 I have been pounding the table for tech and especially semiconductors for months. Today, however, I came across a post at EETimes.com that throws a little cold water on my enthusiasm.

Here is a quote from the article:

''Chip revenue growth is clearly outpacing system revenue growth, and that is a concern. Gartner's new semiconductor forecast has below-average growth in the second half of 2010, as we are anticipating a minor correction to realign semiconductor sales with electronic system sales.''

In other words, the chip makers are cranking out semiconductors but those companies building the systems that use those semiconductors are not keeping pace. One would expect this to lead to oversupply of chips, slowing sales and falling prices for semiconductors.

The article further considers issues related to current demand. Bill McClean, president of IC Insights Inc., is quoted as saying: "While total IC industry capacity utilization was only 57 percent in 1Q09, it reached 93 percent in 1Q10, a level that was higher than before the global economic crisis! As a result, in 1Q10 there were a number of device types that were reported to be very difficult to secure or that saw leadtimes dramatically increase."

My interpretation of this statement is that with demand at such high levels, there is only one direction left for it to go and that direction is down. Again, that would translate into slowing sales and falling average selling prices.

As always, a slowdown in chip sales kills the semiconductor equipment companies, as well. After all, why add capacity if sales are declining? And so the whole industry suffers.

If these scenarios really do start to play out as predicted by Gartner and IC Insights, this would not be a bad time to consider the ProShares UltraShort Semiconductors (SSG). This ETF will allow an investor to bet against both chip makers themselves and the companies that make IC production equipment.

Disclosure: no position in SSG at this time