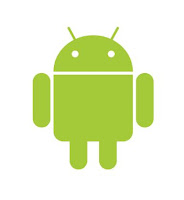 Many observers have noted that Google’s Android operating system is making nice progress in capturing market share in smartphones. A good percentage of those observers say “so what” because Google gives away the software to all comers and makes no profit from it.

Perhaps “so what” is the wrong response. Let’s look at a few factors that might show that giving away Android is a pretty smart move.

On May 21, the Federal Trade Commission signed off on Google's $750 million acquisition of AdMob, a move that originally created antitrust fears because the two are the biggest players in the market of bringing ads to consumers' smartphones.

AdMob, one of the largest mobile ad networks, already services billions of personalized ad impressions (views). The company reaches 160 countries and provides a suite of data and analytics services to help marketers track the traffic their ads receive.

The AdMob acquisition gives Google "the dominant position in the mobile advertising space," says Kartik Hosanagar, an operations and information management professor at Wharton. "This not only opens up a new growth opportunity for Google but also has great synergies with Google's existing offerings. Google can now offer advertisers a single platform to access the lion's share of search and mobile ad inventory."

The iPhone’s wonderful operating system and the new iAd functionality will only appear on Apple products. Android has the potential to appear on many products from many different manufacturers. As Android features catch up to iPhone and iPad features, the Apple devices may not dominate these hardware niches as they do today.

As Noah Elkin, a senior analyst with eMarketer says "Apple won't be able to sustain the same reach with just a couple of devices, and advertising is fundamentally a medium about how many consumers you can reach."
Although Apple is hoping to capitalize on the desirability to advertisers of its customer base, users of the Android platform have a similar profile, Elkin says. They are affluent enough to afford a smartphone and are likely to be just as highly engaged with the devices.

According to Caris & Co. analyst Sandeep Aggarawal "There are close to four billion mobile phones globally vs. only 1.2 billion computers…" and "…Google generated $1.00 in paid search revenue per PC in the installed base in 2003, [a figure] that reached $21.50 by the end of 2009. Even if Google can generate $1.00 per mobile phone in the installed base by 2013, it can be a $4 billion revenue opportunity."

So there’s the bottom line: embed Android on many devices from smartphones to tablets to who know’s what next and provide the hooks for AdMob functionality integrated with Google’s formidable search and ad targeting technology on all those devices. A dollar per device per year seems like an achievable goal when you have the scale of the Google-AdMob combination.

Since advertising is a core mission for Google, the AdMob acquisition makes obvious sense. Not only that, it allows Google to make money while taking the high road of supporting open standards as embodied in Android.

The combination of AdMob's network with Google's Android operating system, search advertising (AdWords), analytics, AdSense and DoubleClick (which started by serving online display ads but is increasingly being integrated into Google's advertising juggernaut) offers a powerful ecosystem to advertisers.

Advertising within mobile applications will be "as big as [its ability to be] contextual and targetable," Wharton marketing professor Eric Bradlow notes. By harnessing the data related to location and customer habits available from smartphones, both Google and Apple can do a better job of positioning ads as a helpful tool for consumers, rather than nuisances that get in the way of a search or the use of an application.

At the end of the day, the ability to better target users with mobile ads means that Google's advertising partners could more easily convert clicks to actual purchases. Fans of Apple’s iAd might want to consider the fact that Google has a head start of over a decade in refining the technology of targeting ads to users.

Disclosure: no positions in Google or Apple