Fannie and Freddie man up, push worst loans back to banks 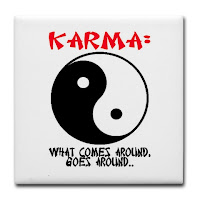 I don't typically comment on financials or real estate that much these days but I this weekend I saw an article in the Wall Street Journal and it made me smile.

Fannie Mae (FNM) and Freddie Mac (FRE) have been buying and guaranteeing mortgages in greater and greater numbers during the course of the real estate implosion. Their basic operation is to securitize mortgage loans originated by private lenders in the primary mortgage market into mortgage-backed securities, which are bought and sold in the secondary mortgage market. They have been nearly like a lender of last resort as banks have worked overtime to get mortgages off their balance sheets.

As you may know, when the real estate bubble burst and homeowners began to default, Fannie and Freddie increasingly came under pressure and needed a bailout to the tune of about $100 billion. These government sponsored enterprises are now essentially owned by taxpayers.

As a card-carrying taxpayer, then, I was pleased to read the article in the Journal that discussed how Fannie and Freddie are combing through the billions of dollars of mortgages they have taken on over the last few years and looking for those that exhibit "underwriting flaws." These "flaws," I suspect, mean that the loans are crap, originated without proper documentation and probably little hope of repayment. When they identify loans of this dubious quality, they are forcing the banks to buy them back.

As a percentage of loans outstanding, loans in this category don't amount to a big proportion (a total of only about $7 billion in the first nine months of 2009); nevertheless, as a taxpayer it feels good to see the sleaziest bankers being forced to take back some of their own garbage. The article says that Bank of America (proud owner of Countrywide Financial) and JPMorgan Chase (buyer of Washington Mutual) are likely to be the biggest losers.

If you enjoy seeing the big banks squirm, you may also appreciate the fact that many other holders of mortgage-backed securities are also kicking the junk loans back and demanding the banks repurchase them.

As they say, what comes around, goes around.

(Hat tip to BNSpired for the image)

Speedmaster said…
Have you seen this? I dismayed that these characters seem to have gotten a pass with respect to the Fannie/Freddie debacle.
http://www.youtube.com/watch?v=_MGT_cSi7Rs
February 1, 2010 at 8:44:00 AM EST

Anonymous said…
Good dispatch and this mail helped me alot in my college assignement. Thanks you as your information.
February 1, 2010 at 6:11:00 PM EST