Value stocks getting harder to find

March 17, 2010
One of the things I do at Alert HQ is scan the Trend Leaders list for stocks that not over-valued. I use a simple screen to identify those stocks that, while trending strongly upward, are showing what I call "reasonable value."

Here are the criteria used for my reasonable value determination:
The following table shows the results of this screen after it was run against those stocks that were added to the Trend Leaders list after the close on Tuesday, March 16. The Last Price column is also as of the close on Tuesday.


Given the fact that there are over 900 stocks and ETFs on the Trend Leaders list this week, it is a sad comment for a value investor to see so few stocks pass this rather loose value screen.

Be that as it may, today's list does have some interesting selections. Here are a few comments: 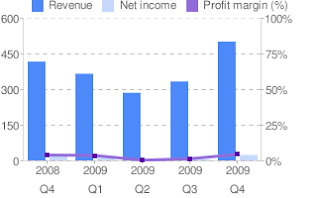 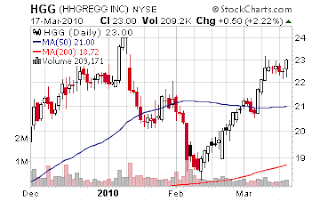 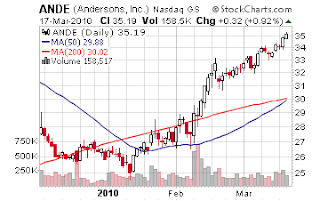 It may be getting harder to find value stocks that are showing good price performance but these six show that there are still a few out there. In digging into them, it looks some are better than others. My personal favorite from today's list is hhgregg but I do find The Andersons to be a pretty interesting company. And with its 50-DMA about to cross above the 200-DMA, there is probably further upside to be had.

Disclosure - no positions in any stocks mentioned in this article