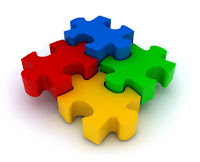 As so many economic reports have begun to show that the Great Recession is beginning to recede, many analysts have pointed to the employment situation as a nearly intractable problem. It was expected that employment would be picking up by now, given how many other indicators were showing recovery. Yet job creation has been lagging and layoffs have continued at uncomfortably high levels.

Friday, however, the Nonfarm Payrolls report delivered the last piece in the puzzle. The report was better-than-expected in a number of different dimensions. Only 11,000 jobs were lost in November, far less than the 125,000 median estimate. Prior months were revised to show smaller drops. Also providing a big surprise, the unemployment rate declined to 10.0%, from a previous reading of 10.2%.

So economic fundamentals are looking up. How are things doing from a technical analysis point of view? 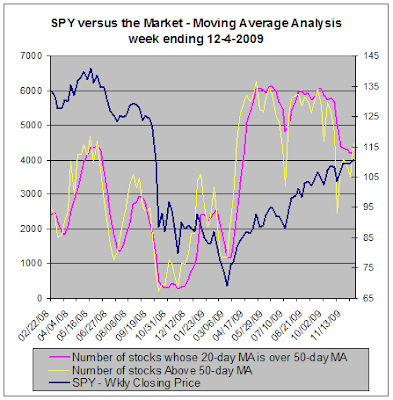 This first chart presents our moving average analysis. We have observed that when the number of stocks above their 50-day moving average exceeds the number of stocks whose 20-day MA is above their  50-day MA, stocks tend to rally. Stated simply when looking at the chart above, when the yellow line moves above the magenta line, stocks should rise. That is the situation that is just beginning to play out now. A further move in this direction should lead to clear new highs in the major market averages.

Not shown in the chart above is that we now have 4426 stocks and ETFs above their 20-DMA compared to only 2811 at the end of the previous week. That shows stocks are beginning to surge and bodes well for further gains. 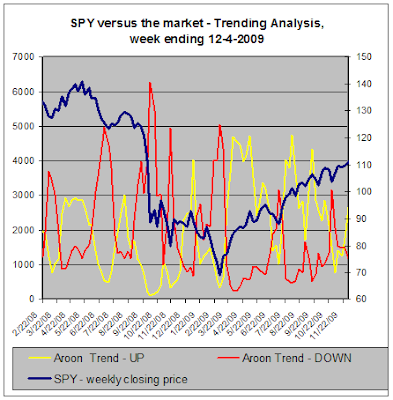 Here we also see some very positive developments. Finally, after several weeks when this chart has been essentially non-committal, the number of stocks and ETFs in strong up-trends is beginning to move up noticeably. Now, as the yellow line surges upward, it becomes very unlikely that stocks will weaken.

The Alert HQ statistics are painting a bullish picture. Last week's economic reports supported the bullish outlook.Yet stocks didn't break out to significant new highs. What catalysts can we expect?

A very modest set of economic reports is due this week. We will see consumer credit, wholesale inventories, crude inventories, initial jobless claims, continuing claims, export and import prices, retail sales, University of Michigan consumer sentiment and business inventories. The focus, therefore, will primarily be on the consumer this week, which takes on added importance during this holiday shopping season.

The other factor that will influence stocks is the dollar. Appreciation in the dollar was credited with keeping a lid on Friday's rally. With many analysts saying the dollar is still oversold, the dollar could play the spoiler here. On the other hand, I find it unlikely that stocks will reverse their up-trend and begin to head down.

In summary, the pieces of the puzzle are falling into place. Maybe employment is not yet on a new positive trajectory but "less bad" has almost become "better".