Stocks dig a deeper hole -- when do we come up for air?

August 14, 2011
After a week of epic volatility, stocks ended the week on a positive note; nevertheless, it wasn't enough to turn a loss into a gain. The S&P 500, for example, still ended the week down 1.63%.

Last week I reviewed the moving average and trend analysis charts and declared that we were at bearish extremes not seen since the March 2009 market lows. Let's see what they say this week. 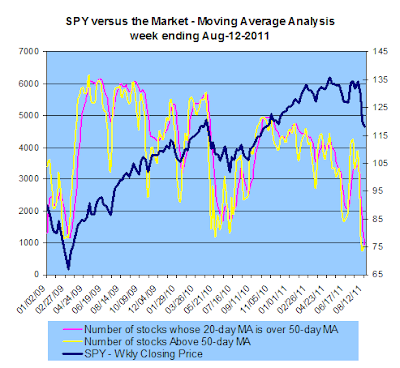 With the over-sold situation getting even more over-sold, it is hard not be looking for a snapback rally while being terrified that another leg down might just as well be in store. 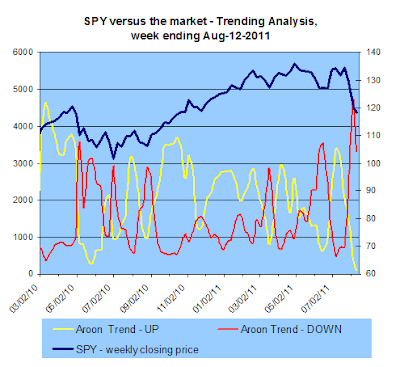 Chart damage has been so severe it is questionable whether one can use technical analysis at all to gauge this market. Still, we have to work with the tools that we have.

Last week we felt that the depths to which stocks were over-sold implied we wouldn't go much lower. Actually, we do go lower, over 5% lower. A strong rebound on Thursday and a more modest gain on Friday allowed stocks to come back part of the way.

The question investors will have this weekend is whether the two good days at the end of last week portend an improving tone for the market. Can the two-day rally continue or will it run into a brick wall?

Among the brick walls that we have to worry about are the following:


Not to be completely negative, it is important to point out that there are still some positives at work:

All in all, this is a tough time to make predictions. Just be careful out there.