Is company guidance worth listening to? 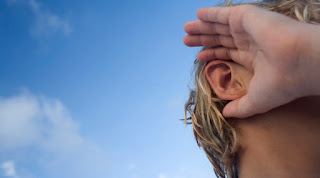 It immediately afterward occurred to me that it might be worthwhile to test the hypothesis that Upside guidance actually results in increased earnings.

In Q1 of 2010, roughly 20% of the companies that offered any guidance at all provided Upside guidance. Here are the Q2 results for this optimistic set of companies:

Companies that offer Inline or Mixed guidance usually see their stock price slammed during earnings season. Do they deserve it?

Here are the Q2 results for those companies that provided Inline guidance in Q1:

And here are the Q2 results for those companies that provided Mixed guidance in Q1:

Finally, what about those companies that didn't provide any guidance at all in Q1? Here are the Q2 results for these guys:

I think there are several points to be made here:

In Q1, earnings were robust and guidance pretty decent. The follow-through for those expectations set in Q1 was that Q2 earnings and revenues were, as predicted by management guidance, robust and pretty decent.

Those companies that announced upside guidance did actually fare better than those who did not offer guidance at all or offered guidance that was less optimistic.

The great majority of companies, more than two thirds, saw top-line revenue growth. This implies that the bears, who say all earnings improvements must be due to cost-cutting, are wrong. Whether or not they are due to government stimulus is another question.

Forward guidance in aggregate can be used as one more input when attempting to determine the general trend in stock markets.

Forward guidance cannot be used as the sole indicator on which to base investment decisions. But it seems like it could indeed be used in combination with other indicators or investment criteria.

Some percentage of the positive outcomes in Q2 were no doubt the result of a "rising tide lifts all boats" situation with respect to general economic improvement in the first two quarters of this year supporting better earnings. It appears that the second half of the year will be tougher.

Comparing Q1 to Q2 seems to show some interesting relationships between guidance and subsequent results. This, however, is one data point and that does not make a trend or a rule of thumb. We'll repeat this analysis after the Q3 earnings season and see if the results are consistent.