More jobs for the U.S. - mirror image of outsourcing proposed 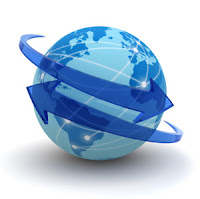 Today jobs were front and center in the news with the Non Farm Payroll report showing jobs being added for the first time in many, many months. Commentary was generally positive but everyone took the opportunity to point out that still more job growth is needed.

I just came across an interesting article on the Tech News World website. It describes what seems to be more or less the "mirror image" of outsourcing.

Here's what is being proposed:


"The idea is to issue a work visa to foreign entrepreneurs who start a company in the U.S., provided that they raise at least US$250,000 from qualified U.S. investors. Then, within two years, the startup must create five new jobs, raise at least $1 million, or generate at least $1 million in revenue. If one of those goals is achieved, the founder gets a green card. If not, the entrepreneur must leave the country."

The idea is credited to Paul Graham who runs the venture firm Y Combinator.It has been picked up numerous other venture investors. It is actually gaining ground in Washington now. In February, Senators John Kerry, D-Mass., and Dick Lugar, R-Ind., introduced the StartUp Visa (NYSE: V) Act. In a joint statement, the senators said the following: "We both believe that America remains the best country in the world to do business and we want to continue attracting immigrant entrepreneurs to help drive innovation and job creation here at home."

Given the high unemployment rate, discussing foreign workers and immigration has a tendency to get feelings inflamed. In the case of startup visas, however, instead of "stealing jobs" from Americans, the visas would require the creation of new jobs that stimulate the economy. With the requirement to be successful or leave, the incentive for these foreign entrepreneurs to work extremely hard and really build a business is strong. Benefits are not only jobs for U.S. citizens but potential creation of new industries or markets, the ability of these companies to become taxpayers as they exit the startup phase and, of course, there are all the typical related economic benefits that accrue to suppliers, office landlords, etc.

I have to agree with proponents - the startup visa is a good idea. The U.S. has always prided itself on being friendly to entrepreneurs and the startup visa extends this concept to folks who, if successful, contribute to our economic competitiveness, create jobs and deliver financial benefits to local economies.

Instead of outsourcing jobs, we would be "in-sourcing" companies. And the jobs would be right here. What's wrong with that?