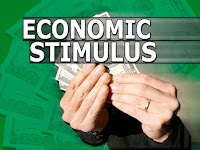 Say what you will about the effectiveness of the Dodd-Frank legislation and all the new regulations the law ushers in. One thing is becoming clear: it's going to be a benefit to the IT and consulting industries just as Sarbanes-Oxley was.

According to the magazine Wall Street Technology, capital markets firms are expected to spend some $44 billion on IT in 2011 and a large part of this 6% increase over 2010 is due to Dodd-Frank.

These companies are looking to put systems in place to enforce compliance and implement controls. Even as interpretation of the regulations continues to evolve, the companies know they need to begin ramping up their IT efforts. Furthermore, many companies are more focused on risk management than they ever used to be as a result of having the fear of God, so to speak, instilled in them during the Great Financial Crisis.

So there are some IT professionals who will be hired as a result of this. But the greatest benefit will go to the consulting and audit companies. Accenture (ACN), KPMG, etc. should all do well. Given that the banks, patriotic as they are, have led the charge to outsourcing in India, you can assume that Wipro (WIT) and Infosys (INFY) should see a pick-up in business also.

So the lesson is that every cloud can have a silver lining for someone. And that's despite the howling of the banks and their lobbyists.

Disclosure: I have no positions in any stocks mentioned, and no plans to initiate any positions within the next 72 hours.